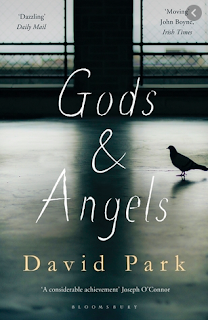 Perhaps the most moving story is the last of the book, Crossing the River, in which the ferryman conveys his mother across the river of death. Dedicated to Isabel Park, this is obviously Park's tribute to his own mother. The writing is dark and lyrical, but ultimately comforting.
Posted by A latte beckons at 10:33 AM