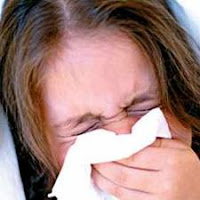 Apologies for the long silence. I have been trapped in the Long Tunnel of Flu, which is not a very nice place to spend the school holidays. All the other times in my life when I've dragged myself about the house, croaking pathetically, 'I've got the flu...' Nah. You know what? That wasn't flu. THIS was flu...

However, light is now visible and I expect to emerge any time now, bouncing with good health. (Actually I feel a bit like a child in a Noel Streatfeild novel who is pale and feeble and should be sent to the country for six weeks.)

Something rather frightening and completely unexpected happened while I was trapped in the Long Tunnel. I lost the urge to read.

This has never happened before. I have never in my life felt so ill that reading was an impossibility. But worse, I didn't even want to read. It was awful. I was even too sick to watch TV!

Thank heavens for Radio National. When all you can do is lie on your back with your eyes closed, moaning gently and occasionally being racked by violent coughs, the radio is a true friend.

PS Something very nice did happen while I was trapped in the Tunnel of Flu: Crow Country was shortlisted for the WA Premier's Literary Awards! Congratulations to everyone else on the list, and it's especially cool to be there with Penni Russon's Only Ever Always.
Posted by A latte beckons at 8:45 AM