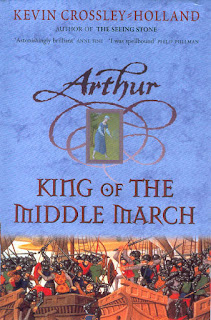 But there are still moments of wonder and delight. Crossley-Holland's rich, poetic writing is as beautiful as ever; but I'm pleased this wasn't quite the last word in the story of Arthur's world. I'm glad that belongs to Gatty.
Posted by A latte beckons at 12:45 PM