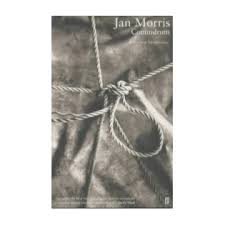 It's been a busy few days on the book front, as I finished three books in rapid succession. First up was Rebecca Stead's Goodbye Stranger, which I read for the Convent book group, which has its first meeting for the year next week. I adored this book -- Rebecca Stead writes beautifully for the tricky 'middle grade' age group, and she structures her books like a detective story, even when (as in this book) there is no real overt mystery. But clues and threads weave cleverly together so that the reader sighs with satisfaction at the end (at least, this reader does!) Her characters are sweet but complex enough to be interesting -- again, a tricky balance, which she handles perfectly.

Next was Saffy's Angel, the first of the Casson Family series by Hilary Mackay. I bought this on the Kindle because, though I am a Casson Family Fan, I'd never read the first couple of books! Both Stead and Mackay have a lovely flavour to their writing for junior readers, which I am determined to emulate (it's homage, not stealing... right?) I've actually been reading Saffy's Angel for ages, slowly, to savour that flavour, but I finally got impatient and just wanted to finish it! Gorgeous, and a wonderful introduction to the warm, muddled world of the Cassons. I particularly love the sly way that Mackay undercuts the pretentions of capital-A Artist father Bill, who can only Create away from the chaos of his family, and the gentle, vague but really much more productive mother Eve, who can't be really an Artist, because she works in a shed in the back garden and teaches Young Offenders painting... hm! Lots to ponder there, and I hope the subtleties aren't completely lost on the intended readership...

And yesterday I polished off Conundrum, transsexual Jan Morris's account of her transition, first published in 1974. I'd been reading the story behind the new film, The Danish Girl, which is based on the story of Einar Wegener, who became Lili Elbe in the 1930s and died after unsuccessful surgery to implant a womb and ovaries. I have to confess that I sometimes find transsexualism a difficult concept to get my head around, so I thought a first hand account from within would be a useful guide. It was certainly a fascinating read, particularly the direct comparisons between life in James' body to the experience of living as Jan. Morris has interesting observations about the way physically possessing a penis (and testosterone) made her relate to the world in a different way, and how she became interested in different things after transition: more drawn to small, personal stories than grand events; but paradoxically, less inclined to chat to strangers.

But the clearest impression I got was that ultimately, Morris's privileged social class shielded her from a lot of difficulty. Everyone in her world seems to accept her transition with absolute courtesy and equanimity and absolute English reserve. She simply resigns from one London club and joins another; the passport office issues a new, genderless passport, no questions asked; her publisher merely inquires politely what name she would prefer to be published under now? It all seems to have gone incredibly smoothly. The only hiccup occurs when a judge insists that Morris and his wife (the almost unbelievably understanding and sympathetic Elizabeth) must be formally divorced before the final change can take place... which means that Morris postpones her surgery for another few years, and goes on living ambiguously. And yes, Jan and Elizabeth are still together, and Jan is still with us, at 89, having lived a long and extremely interesting life.

ALSO I have done a grand purge and I'm getting rid of about 150 books! I'm going to donate them to the Brotherhood of St Lawrence. Weirdly, I've found that I was mostly likely to keep the freshly acquired, and the very old -- the books that have travelled with me for longest, the shabby books of my youth. It's the in-between books, the novels I bought in my 20s and 30s, that are biting the dust! If anyone wants to come and pick through the piles, you probably have a few days to do it... Feel free!
Posted by A latte beckons at 11:39 AM