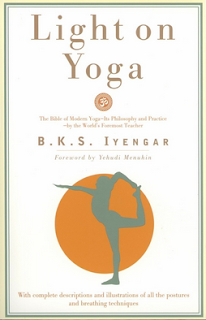 Okay, confession: I didn't read every word of this seminal yoga handbook. I was too gobsmacked by the positions that the human body can assume -- BKS Iyengar's body, that is, definitely not mine! 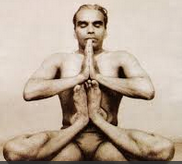 Light on Yoga was one of the first yoga texts to be published in the West and I can clearly see its influence on several of the books that followed, particularly my own personal yoga bible, Richard Hittleman's Yoga 28 Day Exercise Plan, which offers a simpler and less strenuous program targeted at 1960s 'housewives.'

In contrast, Iyengar demonstrates 200 postures, some of which are extremely demanding! But the structure of the book, which offers step-by-step instructions, many photographs, suggested postures for different ailments, and comprehensive practice courses, has obviously provided a template for many yoga books which followed.

I'm tempted to label this book as fantasy, because there is no way I can aspire to anything other than the most basic asanas. Perhaps I'll file it under 'inspiration!'