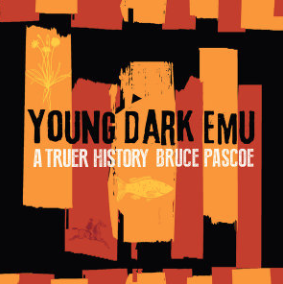 Bruce Pascoe's Dark Emu has been a bit of a slow burn since it was first published in 2014, but it's causing a fuss now among right-wing commentators, which is surely a sign that he's onto something. Something threatening to the status quo, something which makes the powerful people of this country uncomfortable.

In recent weeks there have been vicious attacks on the subject matter of Dark Emu, with claims that Pascoe has exaggerated or even fabricated the evidence he found through painstaking research into primary sources (there is a whole website dedicated to contradicting Dark Emu). More nastily, a campaign has begun which questions Bruce Pascoe's own Aboriginality and presumably, his right to even discuss this history -- not that a lack of Aboriginal heritage ever stops his right-wing critics from propounding their theories about Australian history.

In my view, anyone who pisses off Andrew Bolt must be doing something right, and I'm thrilled that the ABC is making a documentary series based on the book. For too long, the observations of the earliest colonial explorers have been ignored: their own eyewitness accounts of sophisticated Aboriginal land management, sowing and harvesting of crops, food storage, the building of permanent dwellings and aquaculture systems.

Young Dark Emu takes the substance of the original book and distils it down to the essentials, still including quotes from original sources and some great illustrations. It's aimed at young readers, but it's also a handy, short version of Bruce Pascoe's argument for people who can't be bothered reading a full length book. Maybe Andrew Bolt could take a look?

NB For an excellent précis of Dark Emu, please go to Verity Sparks.
Posted by A latte beckons at 2:37 PM