Sapiens: A Brief History of Humankind

My family was introduced to Yuval Noah Harari courtesy of a random podcast on a long drive one day -- I think it might have been from the ABC's Big Ideas series, which would be appropriate, because Sapiens is a big book packed with Big Ideas.

From Preston to Korumburra, all of us were spellbound by Harari's sparkling, provocative conversation. He speculated that if you abandoned one chimpanzee and one human on a desert island, the chimp would probably survive and the human probably wouldn't make it. But if you abandoned a hundred chimps and a hundred humans, the humans would win the survival game hands down. This is because humans can cooperate, and organise. He talked about the great con job of the agricultural revolution, which is supposedly a great leap of progress, but actually enslaved millions to back-breaking labour and a narrowing of nutritional choices. He talked about the power of imagination, unique as far as we know to us humans, which has led to our world being organised around invisible, intangible notions like religion, and money, and nationalism: things that exist only inside our own heads. He painted a picture of a possible future where the divide between the elites and the downtrodden is marked by the availability of cyber-enhancements to our bodies and brains. And when we reach that stage, would we still be human beings, or some other kind of creature entirely?

It's taken me a long time to finish this book (on the Kindle), despite its exciting breadth and sweep, and the bold, stimulating ideas Harari presents. It reminded me of Jared Diamond's ground-breaking Guns, Germs and Steel, which made me see history in a completely different light, and indeed Harari cites Diamond as an influence in his acknowledgments. I felt the book began strongly, but ran out of puff in the final third or so. Still, a worthwhile, challenging read.
Posted by A latte beckons at 10:49 AM No comments: 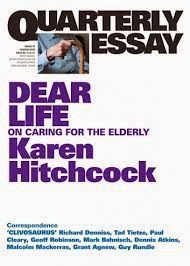 I urge everyone in the health profession to read this essay, and also everyone who has an elderly relative, or who hopes to live to be old themselves one day.
Posted by A latte beckons at 11:05 AM 4 comments: 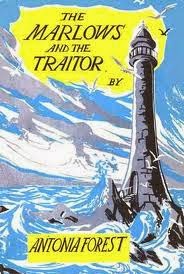 Not many children's books of this era would have dared to allow one of their young heroes to actually shoot (and presumably kill) an adult enemy. It's just one of the risks that Forest takes in this book. I can't wait to re-read it.
Posted by A latte beckons at 10:49 AM No comments: 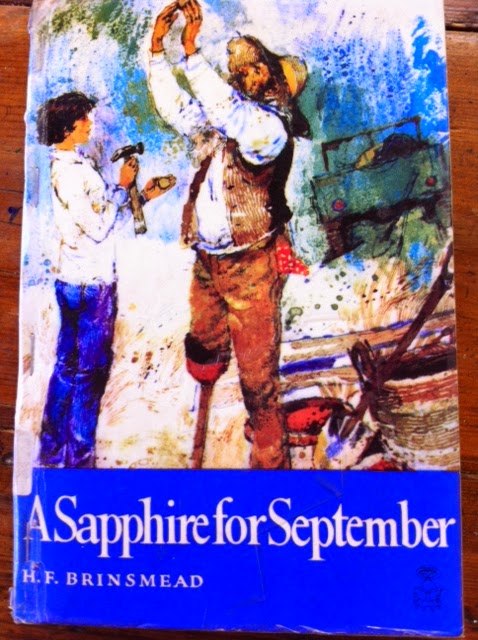 It took me three weeks to finish this book. No fault of the writing, or the plot, which I can now barely recall; but sometimes a book is just a prop in your hand as you sit in a hospital waiting room, something to stare at while your eyes and mind glaze over with anxiety. My family underwent a medical crisis while I was reading A Sapphire for September. It's no reflection on the book when I say that I will never want to pick it up again.
Posted by A latte beckons at 10:22 AM No comments: