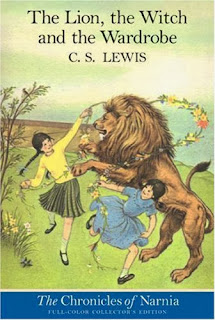 5) love
The Narnia books have been read by thousands, perhaps millions, with love; and I think the reason is that they were written with love. CS Lewis imbues these stories with such delight and joy in creation -- everything from hot buttered toast to dancing trees, romping with Aslan, the singing of the stars, crystal pools and tumbling waterfalls -- the sounds and smells and sensations of each experience are so carefully described, it's easy to put yourself into the scene. It's written with such sincerity, such a lively, joyful imagination, and it's this that shines through for me still.
Posted by A latte beckons at 11:20 AM No comments:

The Love of Narnia 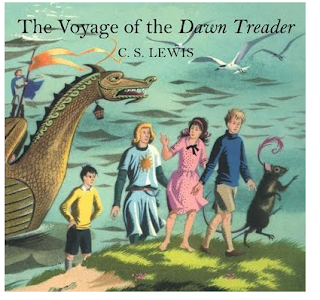 Last night I was lucky enough to be part of a panel with Alison Croggan, Michael Pryor and CS Lewis expert and librarian Michelle Collins, as part of the Urban Conversations series, discussing the legacy of CS Lewis on the fiftieth anniversary of his death. It was remarkable to be in a room full of adults, most of whom had obviously experienced the world of Narnia and who mostly regarded their time there with great affection and delight (despite some reservations).

My contribution was a pair of lists, my Top 5 Things I Did and Didn't Like About Narnia. Today's instalment is...

1) The Last Battle (otherwise known as The-Book-That-Shall-Not-Be-Named)
I put off reading the last volume in the series as long as I could -- until I was 11. Reading it, I was shattered. Terrible things are happening in Narnia: Talking Trees are cut down, Talking Beasts enslaved, a donkey is masquerading as Aslan, everything is corrupted and spoiled. And in the end (spoiler alert) Narnia is destroyed, its sun put out, and the door locked on a dark, cold desolation. Sure, the characters all go to Heaven and find a "better" "real-er" Narnia there, but I was not convinced. I wanted my Narnia back and I wanted it to last forever. I pretended that I'd never read LB, and that it didn't even exist, until I forced myself to re-read it in preparation for last night.
Well, I cried. I cried like an eleven year old.
* Michael reminded me later that Alice had the audiobook of The Last Battle and hated it so much she put it in the freezer! I had completely blotted this out.

2) sexism and racism
CS Lewis was a middle-aged bachelor when he wrote the Narnia books, motherless from the age of nine, and had lived his whole life in male institutions. He had very conventional ideas about women and about foreigners, and that comes out in his writing, unfortunately. You can see him struggling against this in the later books, but to a modern reader, it jars and offends. Which is a pity.

3) fighting
I'm not against bloodshed, or fighting, or battles, or even murder, in children's books as such; but I'm not particularly interested in it. It's no coincidence that the books I liked least in the series (The Silver Chair, Prince Caspian, The Last Battle) all have significant amounts of fighting, and the ones I loved best (Voyage of the Dawn Treader, The Magician's Nephew) have almost none.

4) flat characters
Lewis's child characters are pretty two dimensional. But I don't think this is actually a problem; sometimes it's better to have slightly flat characters in children's literature, because it make sit easier for the reader to project him- or herself into the protagonist's shoes. And no one could call Puddleglum or Reepicheep or Aslan flat.

5) The Problem of Susan
At the end of the books, Susan is declared to be 'no longer a friend of Narnia.' She has turned away from Narnia in favour of 'lipstick and nylons and invitations.' Which is kind of understandable, in a 20 year old young woman. But poor old Susan is soon to find herself the only surviving member of her family, because everyone else gets killed in a train crash so they can join Aslan in heaven. Jeez, that's a high price to pay for liking lipstick. Lewis said later that he's sure Susan will get to heaven too, in her own time; but meanwhile she has to find a way to deal with this terrible (for her) catastrophe that's wiped out her whole family! That's rough, CS, that's very rough indeed.

For Friends of Narnia 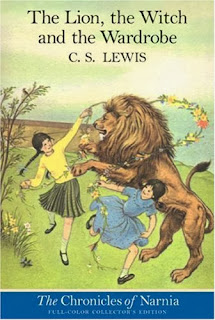 Very attentive observers of this blog may have noticed that I've been reading a lot of books by and about CS Lewis recently. This is because I am a girly swot and I have been preparing myself for an event which is taking place next Thursday, 21st November at the Melbourne City Library. (NOT the State Library. The Melbourne City Library is in Flinders Lane.)

Here are the details:

In celebration of C.S. Lewis

At this special event to commemorate the 50th anniversary of his death, the Melbourne Library Service, in partnership with Sophia Think Tank, will be celebrating the life and work of beloved author C.S. Lewis. Join us to hear a keynote address by Dr Greg Clarke (PhD in Literature and an expert in 'all things Lewis') after which we will hear from a panel of renowned Lewis fans, as they discuss the author's legacy and how his books have influenced their work. Our distinguished panel will include some of Australia's leading fantasy and children's authors, including Alison Croggon, Kate Constable and Michael Pryor, as well as children's librarian and Lewis academic Michelle Collins.
What better way to celebrate and honor the wonderful, imaginative and timeless books of C.S.Lewis. If you loved 'The Chronicles of Narnia', then this event is not to be missed.

Did I mention we've been reading Harry Potter? Again? The girls have also been sharing a book called Harry Potter Should Have Died, which is a selection of questions and controversies from the website Mugglenet. They meet at recess for the handover. The news that Dumbledore was gay had not yet reached the playground of our primary school...

Well, it has now.

Last night Evie started out to draw a cat, but it turned into Dobby. So here he is: 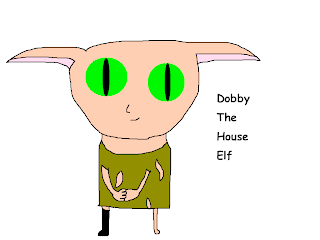 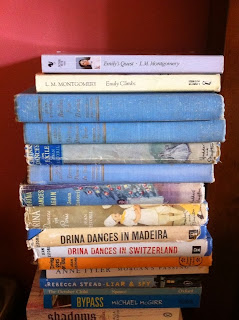 My lovely friend Suzanne from book group recently did something wonderful: she lent me almost the whole set of Drina books (there's one book missing). Nine gorgeous old-fashioned ballet books to lose myself in! So far I've read two -- I'm rationing myself -- and can't wait to get stuck into the rest.

I was asking myself this morning exactly why these kinds of books hold such an appeal for me, and I think part of the reason I enjoy them so much is because I find the incidental historical and sociological details embedded in the stories so fascinating. I love reading Agatha Christie and Noel Streatfeild for the same reason.

It's the throwaway details that are so endlessly interesting: the clothes, the meals, the minutiae of daily middle-class life. Drina's friend telephones and they have three minutes to cram in their conversation before the pips sound. A stack of newspapers arrive, each one containing a critic's review, the morning after Drina's play debuts. Noel Streatfeild's youngest children have supper on a tray -- fruit and cereal just before bed (they have to explain this to a mystified cook when they go to live in America). Antonia Forest's Marlow family have 'Mrs Bertie' from the village in to do 'the rough' -- meaning the hard physical household labour, like scrubbing floors and toilets. Drina has a cloak (!) as part of her school uniform -- admittedly, it's a ballet school!

And of course there's the dialogue, the slang, the codes of behaviour. Drina's grandmother is horrified when Drina, aged 12, breaks down while they're out shopping: 'You're much too old to cry in public!' There is the casual racism, the cautious attitude to anything 'foreign' -- Drina's fragile emotional state, her temperament, is wisely sheeted home to her half-Italian heritage.

And of course there are assumptions about gender and sexuality, often unspoken. Drina declares that she will never give up dancing. Her friend Jenny points out that of course she will have to, when she gets married -- but Drina says, no, not even then... The very fact that they feel the need to have this conversation, aged twelve or thirteen, is interesting in itself.

Someone once asked me for tips on researching a historical period, and I said, read some books written at the time. Especially books like this, where all the details are taken for granted, mere background to the plot. It's amazing how much you can pick up, little clues that the author let drop, without even intending to.
Posted by A latte beckons at 11:42 AM No comments: