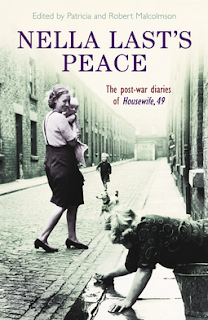 Posted by A latte beckons at 2:42 PM No comments:

The Dorothy L Sayers binge-fest continues with Unnatural Death, the final book in my omnibus with the horrible cover. Ridiculously, though it's the last book in the volume, it was written first, and introduces the character of Miss Climpson, who also appeared in Strong Poison. No Harriet Vane in this one, either.

Miss Climpson is nearly as good as Harriet Vane, though, being brave and resourceful and not as foolish as she appears (not unlike Wimsey himself, come to think of it). And this one features a ruthless and cunning murderess -- not a spoiler, as she is suspected from the first page, it's just that they can't prove that she has actually committed murder. Sadly, and thanks principally to Wimsey's interference by the way, the body count goes up before the proof can be acquired, which makes you wonder if he shouldn't have just minded his own bloody business.

No I only have Busman's Honeymoon in my cupboard, but I think I need to read Gaudy Night first. I just have to get my hands on it.
Posted by A latte beckons at 9:45 AM No comments: 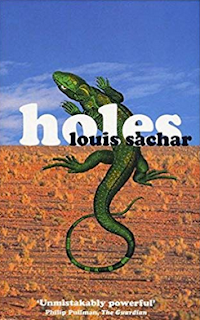 I have to admit I wasn't really looking forward to reading Louis Sachar's school reading circle staple, Holes. I don't find desert books especially appealing, particularly American desert books. Also Daughter No 2 had read this at primary school (in one of those aforementioned literature circles) and found it dull.

So I was pleasantly surprised by how much I ended up enjoying it. After a rather grinding start, the story picked up pace for me once the historical back story was introduced -- I would have liked more about the outlaw Kissin' Kate Barlow, and less about the brutality of the camp. Perhaps it's just my tender Australian sensibilities but I was quite shocked by the casual violence and the nonchalant firing of guns  -- why are the 'counsellors' even carrying guns, in a juvenile facility in the middle of nowhere? Anyway, the details of the historical story and the events of the present day dovetailed with satisfying neatness, and issues of race, courage and loyalty were handled with a degree of subtlety.

I was planning to jettison this one after reading it, but I think I'll award a place on the permanent bookshelf after all. 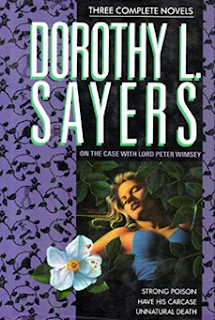 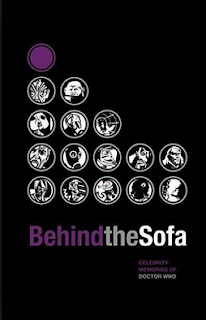 Well, this is a funny little book for a niche audience -- I doubt it was even published in Australia. But it turned up on Brotherhood Books and, Doctor Who geek that I am, I couldn't resist. The subtitle of Behind the Sofa is Celebrity Memories of Doctor Who, edited by Steve Berry as a fundraiser for Alzheimer's Research UK.

Berry has collected anecdotes and memories from writers, actors, broadcasters and comedians -- some have worked on the show, some are just fans. Most discovered the show as children, and they each have their 'own' Doctor -- it tends to be the first one you saw, and the show has been going for so long that there are loyalists from William Hartnell right through to Matt Smith (the book was published before Peter Capaldi took over, and well before Jodie Whittaker was announced as the first female Doctor).

This was a diverting addition to my collection of Doctor Who books (they live in a drawer).

If I'd been asked for a contribution, I might have talked about my gang in Year 8 who all worshipped the fourth Doctor and Romana. My friend Fiona even looked like Lalla Ward. We especially adored the Paris-set story, The City of Death, and adopted the bumbling policeman Duggan as our mascot. We even developed a clapping game (yes, we were thirteen!) which involved chanting 'K-9, Duggan, Romana, Doctor...'

I might also add the story of Peter Davison's visit to Melbourne, where as earnest environmentalists at the height of the Franklin Dam controversy, we lined up to gift him a copy of the single 'Let the Franklin Flow' by Goanna. (We were 17 by this stage.) I was wearing my Fair Isle vest as a tribute to his character in All Creatures Great and Small. Lord knows what he made of it, poor guy!

Posted by A latte beckons at 10:47 AM No comments: