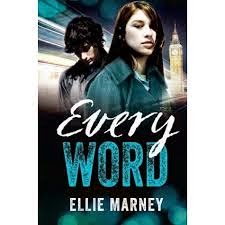 We read the first book in Ellie Marney's excellent series, Every Breath, last year for the Convent book group, and when I saw volume two, Every Word, sitting in the library, I grabbed it.

This is what GOOD YA looks like. It's pacy, sexy, smart, exciting. And it's Australian! Mycroft and Rachel live just across the creek from me, in North Coburg. The Holmes & Watson references are less obvious this time around (though there is a visit to the Sherlock Holmes Museum!) In this book, James Mycroft and Rachel Watts have travelled to London to help investigate a death that seems to be connected to the long-ago murder of Mycroft's parents (well, seven years ago seems like a long time when you're seventeen…) and all too soon, Rachel and Mycroft find themselves in big trouble.

I love these books so much. They are everything that YA writing should aspire to be: intelligently written, but still gripping; filled with emotion and yearning, but not overwrought; packed with action, but not dumb. and it doesn't hurt that Mycroft seems to bear an uncanny resemblance to a youthful Benedict Cumberbatch… come on, surely that's not just in my head??

I can't wait to get my hands on volume three, Every Move. In fact, I might have to go and buy it right now.
Posted by A latte beckons at 3:09 PM No comments:

The Battle of the Villa Fiorita 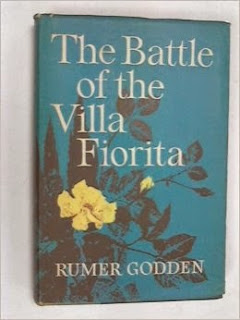 Looking for a cover image of this 1963 novel, I discovered that it had been made into a film only a couple of years later. Now I'm desperate to see it! I found this in a second hand shop and snapped it up, because I can't resist a Rumer Godden and I must have them all.

I love everything that Rumer Godden has ever written: her evocative descriptions, her delicately drawn relationships between children and adults, her subtle and technically brilliant structures, never cease to thrill me. And I found most of The Battle of Villa Fiorita deeply enjoyable. But it's a very old-fashioned novel in its treatment of divorce and its effect on the children involved.

Fanny (there's an old-fashioned note, right there) is staying with her new partner, Rob, at an Italian villa, waiting for her divorce to Darrell to be finalised. Her two children, fourteen and twelve, run away from England and track her down, intending to drag her back 'home.' Their quest seems doomed from the outset, but the struggle proves to be surprisingly even.

There is no happy ending here, which is the most old-fashioned aspect of the story; an outcome which will satisfy everyone is never going to be possible, it seems, and frustratingly, it is Fanny, the mother, who has to sacrifice her own personal joy in the end. It was fascinating to read Rob's bracing views on child-rearing (his own 10 year old daughter, Pia, also ends up joining the party) -- the man and woman should come first, not the children, he insists to Fanny, and he urges her to give her offspring less attention and let them learn to cope with the situation -- not necessarily advice that modern relationship counsellors would endorse! And Rob loses all his authority when he spanks Pia, so he's clearly no expert... It was interesting to see Rob and Fanny's bond unravel over their attitudes to the children, but Rob's conviction that they can exist in a bubble, ignoring their respective baggage, is obviously never going to be sustainable.

I would have loved this book even more if it had had a different ending.

Posted by A latte beckons at 9:50 AM No comments: 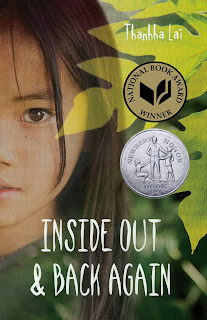 Posted by A latte beckons at 9:59 AM No comments:

Sometimes you just want an easy, juicy, trashy read, and that was what I was in the mood for this week, so I reached for Liane Moriarty's Big Little Lies (lent to me by my friend Justine). Well, I should have known better. An easy read, yes, and certainly juicy - but not trashy at all, and much more satisfying than I expected. Its account of playground politics and maternal guilt was wickedly funny, and almost too close to the bone, while the plot strand dealing with domestic violence was topical, insightful and moving. I raced through this spledidly fattish book at top speed and enjoyed every moment. (Fun fact: Liane is the sister of the equally talented Jaclyn Moriarty, whose Colours of Madeleine YA trilogy I am absolutely loving.)

One nitpick: this book was littered with annoying editing errors (I wouldn't even call them typos, because they were consistent), like the use of the adjective peninsular instead of the noun peninsula, which gave me a twinge of irritation whenever they appeared. Such a shame, because otherwise I thoroughly enjoyed this novel.
Posted by A latte beckons at 10:37 AM No comments:

H Is For Hawk This is a wonderful, disturbing, beautiful, very unhappy book. It recounts the year that Helen Macdonald spent taming and training a goshawk, Mabel, following the sudden death of her father. Grief and wildness, depression, nature's beauty and cold brutality, are all bound together in this compelling memoir. Threaded through it is a discussion of TH White (whose Once and Future King I loved fiercely as a teenager) and his own hawk-training memoir, The Goshawk, in which White does everything wrong that you could possibly do wrong, tormenting his hawk and himself as he exorcises his own personal demons. (The scene in The Sword and the Stone where Wart, transformed into a merlin, has to endure the ordeal of standing in the hawkhouse next to the mad goshawk, Colonel Cully, still sends shivers down my spine.) At times, Macdonald identifies so closely with her goshawk that she is in danger of losing her own sense of self.

I'd seen this discussed on the Antonia Forest forum (falconry features in the Marlow books, particularly in the third book of the series Falconer's Lure) and I bought it on the Kindle because impatience got the better of me. I'm glad I didn't wait.

Posted by A latte beckons at 9:54 AM No comments: