2012 (aged 45)
Evie panicking about her birthday party. 'What if no one can come? What if everything goes wrong?' Mikey and I tried to reassure her, but honestly, with us as parents, what hope has she got?
1998 (aged 31)
Glasgow. Walked into town and saw 'Sliding Doors.' C studied for her vivas.
1996 (aged 29)
C & B having coffee; each blathering about her own problems and not listening to the other; periodically B pats C's hand and says, 'Darling, you're so beautiful' to disguise the fact that she hasn't heard a word C has said for the last five minutes.
B: (talking about K & L) It's so hard having two people in love with you...
C: (as a single and alone person) It'd be nice to have just one person in love with you... (meaning, even one)
B: (deep sigh) Yes! (meaning, yes, having 2 is so difficult & not seeing C's point at all...)
1991 (aged 24)
Second last day at work. I've been there three years and only the phone sales people know what I'm really like - cynical, swearing, running around, making sarcastic witty remarks, being emphatic. To everyone else I'm a little meek person, too shy to speak.
1986 (aged 19)
Ginned around. C rang, bored witless so asked her up for tea and the night. Experimented with liqueurs, played with the computer (ie drew pictures of The Man). Talked in bed until 1 am (mostly about The Man).
1985 (aged 18)
Last day before winter - drab and drizzling. Worked a bit in Nana's room, sat and brooded. Nana came to stay. Depressed over T moving out of college - how will I survive without the Threesome brightening up the place?
1981 (aged 14)
Tomorrow will be winter. Rehearsed by staying in bed all day.
1978 (aged 11)
We wrote things about feelings. I did loneliness. I think I got the feeling. We had Art. Mummy brought us to the library and I borrowed three books. I read them and watched T.V. Weather: chilly.
1977 (aged 10)
Scripture was fun. The news said it was the coldest day in 80 years! And it snowed quite near here! I wish it would snow here. Tomorrow's my PLC interview. I miss Eva, and maybe I won't ever see her again. Weather: FREEZING
1976 (aged 9)
I was sick in the morning and came in late. It really POURED. Went to the Public and School Library. Zarah came, for five minutes.
Posted by A latte beckons at 10:48 AM No comments: 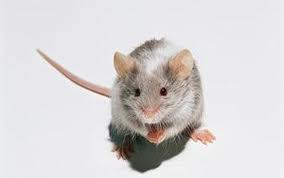 I opened the door of the rubbish bin cupboard yesterday and received a nasty surprise: a mouse looking up at me.

Actually it wasn't a total surprise; I'd heard suspicious rattlings and rustlings from the kitchen that morning and tried to ignore them. I knew we had a rodent living inside the wall, but I didn't want to face the possibility that it had breached the barricades and entered the inner sanctum. Luckily Michael was home. He deftly caught the offender in a fishing net and carried it far, far away, then nailed up the hole in the back of the cupboard through which Mousey had entered.

I have a horror of mice, born of too many years of living in old, rundown share houses -- shared with more mice than people. In one house, the mice were so bold that we could sit on the couch and pelt them with oranges, and they would barely bother to look up. When I woke up to find mouse poo under my pillow, I moved out until we got traps and blocked up the gap under the stairs with steel wool. This was a tricky one because we were all vegetarians and, theoretically, animal-lovers. But I just can't love mice. I am unmoved by their so-called cuteness. They give me the creeps.

The only other time a mouse has managed to get into our current house, it fled behind the couch and then made a dash under the heater, which it no doubt hoped would be safe territory. Unfortunately the heater was on, it ran straight into a live wire and expired with a dramatic puff of smoke and an explosion of dust.

Another time, in Collingwood, I came home to discover a rat in the bathroom. No one else was home, so I blocked every doorway between the bathroom and my bedroom with towels and spent a sleepless night imagining it gnawing its way toward me. Luckily, when I ventured to open the door in the morning, it was dead on the bathmat. Hooray!

When it comes to mice, I am the traditional screaming female on the chair. I can't help it. My brave strong husband has to rescue me. BUT if it's a big hairy spider - then it will be the man of the house running away shrieking like a girl, and I will be the one trapping it under the glass and releasing it outside.

So what would you rather deal with -- a mouse or a spider?
Posted by A latte beckons at 9:58 AM 1 comment:

A Night in the Country

Next week I will be on the road! I'll be visiting the Wimmera for a couple of days.

If you're in St Arnaud, drop by the library at 1.30pm on Tuesday 22nd May and say hello. Or if you happen to be in Horsham, and you're free in the evening, say around 7.30, you might like to swing by the Horsham library and have a chat.

My other sessions will be for schools, but I'm pretty sure those two are open for general punters.

See you there!
Posted by A latte beckons at 3:21 PM No comments:

So I Went To The Library...

And I saw this on the shelf.

...because I COULDN'T PUT IT DOWN!

Cooking dinner? Running baths? Supervising homework? Pah! Writing my own book? Trying to sort out an email fiasco? Who cares! Sleeping?? Forget it!!

I loved 'Brief History of Montmaray.' I adored 'FitzOsbornes in Exile.' But this third volume of Michelle Cooper's Montmaray Journals was the best of all.

Posted by A latte beckons at 3:17 PM No comments:

The Thrill of the Hunt

Earlier this year, I wrote a guest post on Michael Pryor's blog about one of my favourite books, Peter's Room by Antonia Forest. I mentioned the thrill of finding this rare book on the shelf of a Spanish restaurant in Collingwood, and actually being able to buy it for three dollars.

There is something very special about hunting down your favourite books -- not on eBay or Amazon, but out in the real world of second hand book shops and op shops. For years I dedicated myself to tracking down every book Iris Murdoch had ever written, which was no mean feat, as she wrote twenty-six novels in her long career. (The only one I'm missing is The Italian Girl, which I lent to someone years ago and never saw again.)

I found most of the Green Knowe books second hand; last year I picked up a volume of Joan Aiken short stories I had been searching for ever since I left Mt Hagen. But Antonia Forest is the toughest challenge. Most of her books have been out of print for years and are hideously difficult to find, even on the internet, where they regularly fetch prices of a hundred pounds or more.

Alas, I've only managed to acquire a few of her books. I found End Of Term in a charity shop in Oban, Scotland, in the 1990s. Peter's Room, as I said, surfaced miraculously in a Collingwood cafe a couple of years later. I succumbed and bought Autumn Term in a reprint edition and also The Ready Made Family, which I had never even read, for an exorbitant price online.

And then, just last weekend, I was browsing in a tiny second hand bookshop in Bacchus Marsh when I saw the magic words: Attic Term, Antonia Forest. I thought I was hallucinating. I clutched the book to my breast, scanning the bare two shelves of teenage books for any more, but that was it. Two dollars, people. Two dollars!

I've been exalting ever since. Now if only I could find Cricket Term...
Posted by A latte beckons at 11:19 AM No comments:

2012 (aged 45)
Evie is home sick - her first sick day ever. She's lying on the couch watching a movie and looking at old photos of me which I dug out for her. 'Are you going to blog about me being home sick?' 'No, of course not...!'
2004 (aged 37)
Alice (2): Let's make a boat! (How will we do that?) Out of cucumbers!
2002 (aged 35)
4am Alice crying; Mikey goes to pat her back to sleep; 'Patting doesn't work,' he announces, and dumps her in our bed
2001 (aged 34)
Heard her little heart racing away. She is kicking and wriggling around all the time, quite violently now. It'll be funny if she does turn out to be Charlie after all -- we have bags of nana presents which are all pink and covered in flowers.
My darling Mikey asked me to marry him... His mum said, 'Der!'
1996 (aged 29)
YES Taylor can be the Jordy character (can I do this without utterly destroying our friendship?)
the link is that he is doing in a more accomplished fashion what Ally does - hesitate on the edge of really connecting with other people  (a tricky line to walk) AFFECTION
1993 (aged 26)
Like a spoonful of sugar slowly slowly lowered into a cup of coffee I was slowly dissolving  where he touched me
1991 (aged 24)
Saw the most divinely beautiful boy on the Brunswick St tram last night, couldn't stop staring. He stared back a bit which was gratifying.
1990 (aged 23)
A quarter to two, feeling unreasonably pleased with myself because of seeing G &S in the Evelyn and having long incoherent chatty chats and G walking me home. Far too many beers and will be sorry in the morning but I don't care. Talk about resurrecting the past...Had a really good time and REEK of smoke.
1986 (aged 19)
Love life non existent... Scandal on Wednesday night: the fiance of the girl RW has been sleeping with came banging on his door; PF called the police but no one got carted away -- the three of them stood arguing in the gutter while the entire population of college leaned out of Eggroll's window with binoculars.
1985 (aged 18)
Saw T at lunch, listened and gazed but no communication. R & M kept bloody talking to me while I wanted to absorb... Heaps of people going to Vet Ball. T dressed as Malice ie Alice plus stud leather bracelet. Never seen him look more unutterably divine. Absolute agonies!!
1981 (aged 14)
Finally got sneezes done. Spilled pepper at lunch and inhaled it. Took about two minutes, then sneezed twice abruptly. Can't understand how people took snuff. Then Fiona B rang up and put me right off schedule. Just watched "Testament of Youth" which is really excellent and leaves Mum in floods of tears every Sunday.
1978 (aged 11)
We finished "The Hobbit" and it was sad. I'm the emergency in Newcombe. Everyone's trying to teach me. We're voting to see what to name the new car. I think "Veronica."
1977 (aged 10)
Something's happened that's so rude I can hardly tell you. Martin L wrote f*** on a desk. Tracy was away. Rotten long division. I had homework. Daddy should almost be down [from PNG] Weather: Warm.
1976 (aged 9)
Went to Lisette's. Played in their swimming pool. It was good. Got a letter from Rowena.

Posted by A latte beckons at 11:58 AM No comments: