The Bluffer's Guide to The Western Bulldogs Part 1
Well, AFL Round 1 has come and gone, and with it the Western Bulldogs' first defeat of the season. From here it might look as if it's going to be a long year - and it probably will.

So I'm going to make it easy for you to bluff your way through supporting the Bulldogs in what they call a 'development year' (which means we're going to be pretty terrible, but hopefully not forever). 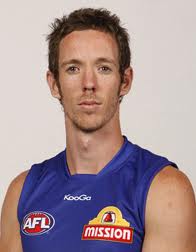 He's smart, he's graceful, he's quick, he's creative. The thoughtful person's footballer. Played up forward until his knees got dodgy, now plays down back, which hopefully means he'll play for a few years longer. Writes a funny, sentimental, articulate column in The Age on Thursdays. The de facto guardian of Bulldog history. Puts little notes in the lockers of new players. 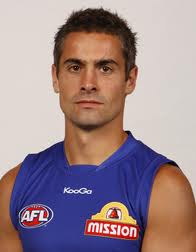 Often underrated, perhaps because he's hot. Another clever footballer who does a lot of work to set things up for other players. Reliable goal-kicker. Never called anything but 'Gia.' 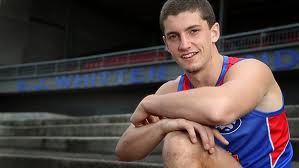 Son of club legend Tony Liberatore slotted almost instantly into the midfield. Plays with more toughness and poise than you'd expect from a second year player. Despite performing solidly in almost every game last year, he failed to attract a Rising Star nomination. Disgraceful. 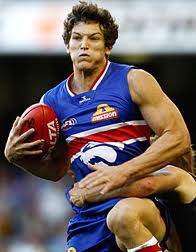 Aka Big Will, Wilbur, Minno. Multi-talented and reputedly very intelligent, he speaks German, plays the saxophone and is fond of a purple suit. With the retirement of Ben Hudson, Will becomes the club's number one ruckman (the guy who hits the ball out from the centre bounce). 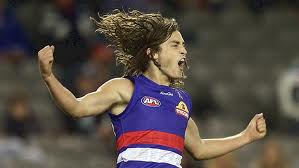 Cruelly overlooked in the main draft, he was picked as a rookie last year by the Dogs and has repayed their punt in spades. A pocket dynamo, the energy level of the team lifts as soon as he sets foot on the field. And just check out those dreds! Nicknamed 'Grommet' by Bob Murphy because he comes from Ocean Grove, he is apparently not, in fact, a surfer.
Posted by A latte beckons at 11:28 AM