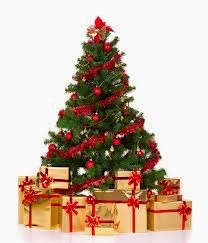 What's on your wish list this Christmas?
Posted by A latte beckons at 10:31 AM