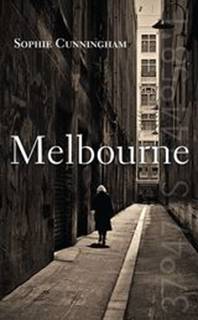 More on wot I'm reading! For the last few days I've been happily immersed in Sophie Cunningham's beautiful Melbourne, which is part history, part travel guide, part memoir. It's been particularly eerie to read because, although we have never met, to some extent our lives seem to have followed parallel tracks, though Sophie is much cleverer and more confident than me and slightly older.

For instance, I realised that at the exact same time she was working at McPhee Gribble and also living in Cecil St, where the publishers were based, I was an impoverished student living in the much noisier and less picturesque Alexandra Parade, where my bedroom looked out over Cecil St, directly onto the McPhee Gribble building. Did I ever see her come and go? Did she ever look up and see us, drinking beer on the roof? Probably.

Later, she ventures south of the river to St Kilda East for a couple of years, and Wall 280 is her local cafe. Snap, though I may have been there a little earlier.

Names of people I know crop up throughout. An author I went to uni with, my current editor, a woman who was once my House Captain at school. And of course, I know most of the places - the bookshops, the bike paths, the parks, the pubs, the footy grounds.

It makes for a slightly spooky reading experience. Or perhaps that's just Melbourne.

PS And now I see that my good and gifted friend Christine, a frequent visitor to that house in Alexandra Pde, is splashed all over the back page of today's Age. Sigh. We really do belong here.
Posted by A latte beckons at 9:50 AM