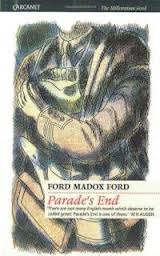 Not unlike the characters in the books, now that I think of it!
Posted by A latte beckons at 12:54 PM