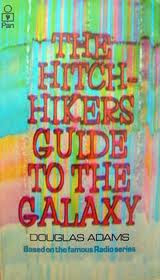 The only annoying thing is that the edition we have (ex-library) is a compendium of all four books in the series, and it is absolutely riddled with typos! Which is very off-putting to the reader-aloud. Poor form.
Posted by A latte beckons at 10:10 AM