Eat the Sky, Drink the Ocean 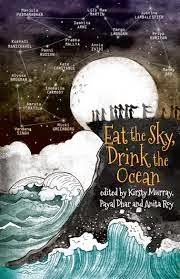 A couple of exciting parcels arrived on my doorstep recently: copies of Eat the Sky, Drink the Ocean in both its Indian and Australian incarnations. At last I could hold it in my sweaty hands (literally, this week!) and devour its contents (not literally).

I knew that it was going to be a strange and intriguing mixture, but I wasn't prepared for the sheer range of pieces -- styles and forms and different kinds of collaborative process -- that made the book even more fascinating than I expected. There are paired short stories, graphic stories, fairy tales and science fiction. Reading the notes at the back where the authors and artists discuss their collaborative journeys was just as absorbing as the stories themselves! Some pairs (like Priya Kuriyan and me) developed a single piece together; others tossed ideas back and forth across cyberspace and bounced away to create separate but linked stories; others critiqued each other's work. The result is a rich brew of individual, bite-sized morsels, swirling in a single spicy pot (forgive the mixed metaphor!) It was wonderful to be able to read it properly at last. Publication day is the end of January, so it will be hitting the shops soon!

Just to whet your appetite, here is another image from Swallow the Moon, the story that Priya and I created together. Isn't it gorgeous? Priya is so talented! 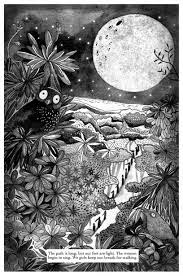 Also read:
World's End Was Home, by Nan Chauncey
This is an old-fashioned adventure from the 50's, set partly in Tasmania and partly in Melbourne, complete with an orphan, a long-lost (rich) relative, a baby wombat and a sinister pursuit. There were a couple of explicitly cringey moments, as when Dallie is required to write in an exam 'all you know about the Australian blackfellow.' And when the family settle in their pristine, isolated Tasmanian bush paradise, the ghosts of the original dispossessed inhabitants seem to stir silently between the lines of the story.
But overall, this was a light, enjoyable yarn, beautifully illustrated by Shirley Hughes. 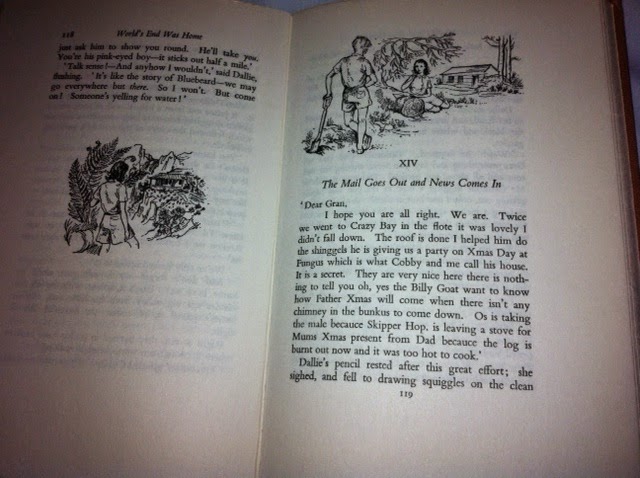