Not My Cup of Tea 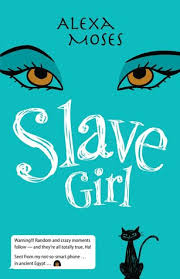 Over the years, my various book groups and the members thereof have introduced me to many wonderful titles that I might not have come across otherwise. Unfortunately, the flip side of this phenomenon is the unpleasant duty of occasionally being forced to read books that you don't enjoy at all.

It's not often that two out of the three books assigned for my convent book group prove uncongenial, but such was the case this month. I've already mentioned that I found The Adventures of Huckleberry Finn hard going, despite the odd amusing scene or pithy social comment. At least I did better than many of my fellow book groupers, who didn't manage to finish the whole book. On balance, I'm glad I read it, because it was such a ground-breaking text and so influential on American literature, and it was an interesting picture of a period of America history that I only know through books. But I won't be rushing back for a re-read, that's for sure. If the whole middle section with the con-men had been edited out, I would have enjoyed it much more. Hucksters are just boring to me, I'm afraid.

The other book we'd chosen for our Slavery theme was Alexa Moses' Slave Girl, which is apparently the first of a series in which the deeply shallow 13 year old Jenna will be whisked back in time to Ancient Egypt. I'm afraid I had no patience for this one. I made my 11 year old read the first chapter and she didn't like it either, though she admitted that it might appeal to some of her friends. I just couldn't overcome my dislike of the central character, who was so selfish and unimaginative that I couldn't summon up any sympathy for her plight at all. Perhaps she's an accurate portrait of modern youth… The publishers must hope so!

But now I've slogged through them both, I'm free to read whatever I feel like! More positive reports coming your way soon, I hope.
Posted by A latte beckons at 11:38 AM