The Boy and the Spy 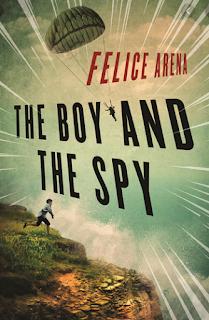 The Boy and the Spy is a wartime adventure story from popular kids author Felice Arena (who is responsible for the Specky Magee series).*

The Boy and the Spy moves at a cracking pace, from the first few pages when our hero, Antonio, dives from a cliff to escape Nazi soldiers, to the very end when Sicily is invaded by the Allies. We hardly have time to draw breath as Antonio and his new American friend, the spy of the title, hurtle through a narrative crammed with gangsters, daring escapes, chases, stolen radios, bombing raids and train journeys in disguise.

For such a slim novel, it packs in plenty of action. But there is emotional depth too. Antonio is a rota, a baby abandoned to the mercy of the nuns, who carries the stigma of having no birth family. But his adoptive mother Nina is ill; who will take him in when she's gone? Ultimately, this is a story about family, home and belonging as much as it is about wartime intrigue and derring-do.


*Disclaimer: I have met Felice socially and through work, and he's a lovely guy.
Posted by A latte beckons at 12:01 PM