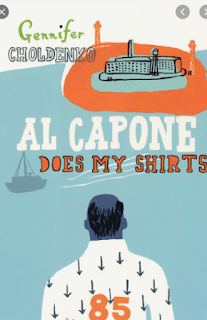 Al Capone Does My Shirts (in the prison laundry) is a thoroughly enjoyable, thoughtful and touching read.
Posted by A latte beckons at 10:23 AM