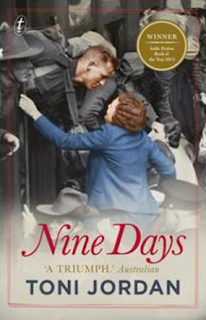 Nine Days is a deceptively ambitious project that absolutely works. Skilful and satisfying, the nine individual stories click together into a perfectly shaped whole.
Posted by A latte beckons at 11:55 AM