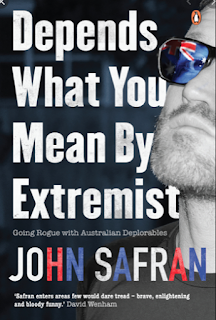 Secondly, when dealing with religious extremists (a different kettle of fish altogether), 'It's hard to cut a deal with people who think that what they're doing will bring on the Messiah.' Something I sometimes wonder about our own proudly pentecostal Prime Minister...
Posted by A latte beckons at 11:37 AM