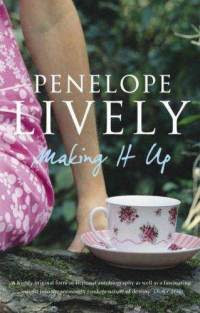 Penelope Lively describes this book as an 'anti-memoir.' She looks back over her life and selects certain turning points where things might have turned out very differently, and imagines the alternatives in a series of short stories: what if the ship on which she, her mother and nanny escaped war-time Egypt had been torpedoed, instead of delivering them to safety? What if she had fallen pregnant at eighteen? What if her future husband had been sent to the Korean War during his national service, instead of being reprieved at the last minute?

It's an intriguing idea. How many times do we really face a genuine crossroads in our lives, and how often is it our own choice that determines the path we follow, rather than a trick of chance or fate? I can't help thinking that such moments are actually quite rare. And perhaps the moments we think are so important are not really the most crucial ones.

I enrolled in Law at university, which seemed a momentous, agonising, life-shaping decision, but one which ultimately has had almost no effect on where I've ended up. However, the decision to live in at a residential college, and the particular college I put my name down for, was taken very lightly -- I only went to look at colleges because my friend Amy had wanted to -- I didn't even know what a college was -- and I signed up for JCH because it had the prettiest building. And yet the friendships I made there have lasted for twenty-five years, and had an incalculable effect on my life. It was at college I met David, and through David that I met Michael. And the rest is history...

I've always loved Lively's books because of their keen awareness and preoccupation with the past, and how it moulds and bleeds through into the present. This odd, but oddly satisfying book, takes that awareness and twists it into an entirely new shape.