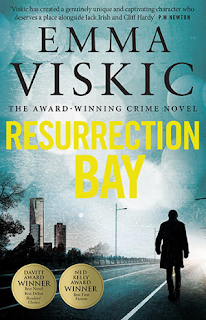 Things I loved about Resurrection Bay:


Really, my only reservation about Resurrection Bay was that it wasn't by Tana French... which was a problem of my timing rather than any fault of Viskic's. She's won several awards and the series has spun out to (I think) three volumes now, and she thoroughly deserves her success.
Posted by A latte beckons at 10:05 AM