The Labyrinth & One Whole and Perfect Day 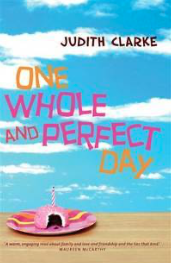 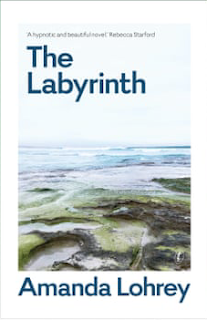 At first glance, these two novels, which I read simultaneously, may seem very different. One Whole and Perfect Day is a young adult book published fifteen years ago; The Labyrinth is an adult literary novel which has just won this year's Miles Franklin Award. But as I read them together, I found more and more common elements.

Both are written by Australian women authors, born only a few years apart (I have just discovered that Judith Clarke sadly died last year). Both books are set in New South Wales -- Perfect Day in Sydney and Katoomba, The Labyrinth partly in Sydney and partly in the fictional coastal town of Garra Nalla. Both books centre on women, one a teenager, one at the other end of life, who are both struggling with family history and stumbling toward making sense of their lives. Though they are written in very different styles, I found the books chimed together in their compassionate approach to human frailty, forgiveness, and the drive to create (in Lily's case, a party to bring her fractured family together; in the case of Erica, to build a labyrinth).

One Whole and Perfect Day is naturally lighter in tone, and skips between a large cast of characters before wrapping up with a neat and satisfying ending. The Labyrinth is more sombre, a reflective and character-driven novel rather a story-centred one. Lohrey has said she was interested in the efforts that humans make to fulfil their spiritual needs, even after religion has lost its force -- for Erica, the creation of the labyrinth becomes a spiritual quest which draws in her neighbours and begins to resolve her difficult past.

I enjoyed immersing myself in these very different but overlapping worlds, created by two wonderful Australian women authors who both deserve your attention. (And thanks to Chris and Pam for lending me The Labyrinth.)